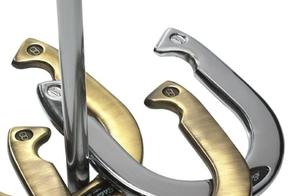 How to Participate (Registration & Eligibility)

1. Registration will be open until Saturday, July 6th, 2019 at noon.
2. $20.00 per team with 100% payback for places 1st, 2nd, and 3rd
a. Team sign-up and payments to Cary (Bro) Morin or Tammie Morin
3. The tournament is open to all ages; participants under the age of 18 must provide a release form signed by their parent/guardian

Tournament Play
1. The tournament is a double elimination tournament
2. Bracket will be developed and available Saturday, July 6th, 2019.
3. First games will start at approximately 1:00 p.m. Saturday, July 6th 2019. Teams are responsible for checking with staff for games to follow. Tournament will be a one day event Saturday, July 6th.
4. The tournament officials will make an announcement when it is time for the tournament to begin.
5. The team listed first in each match-up will pitch first; the team receiving first will have choice of side
6. 1st round scoring will be to 15 points, followed by a 21 point scoring system using standard rules and scoring.
7. Scoring rules can change at the discretion of the tournament official based upon time allowed.
8. Championship game is one game over double-elimination rule.  A team does not have to be beaten twice in the championship.

Forfeits/Disqualifications
1. Teams not on-site at the start of their designated game time will forfeit.
2. Disqualification shall be at the discretion of the tournament officials; their decisions shall be final.

General Rules of Play
1. Delivery: The contestant pitching first shall deliver both shoes (one at a time) and then the other contestant shall deliver both shoes (one at a time). A contestant may deliver the shoes from either the left or right pitching platform, but in any one inning, both shoes must be delivered from the same platform. A contestant shall pitch the entire tournament with the same hand/arm, except in the case of a medical emergency (to be determined by the tournament officials). Contestants must release a shoe with both feet behind the penalty line. Any throw in which the contestants foot crosses the penalty line will be ruled a “foul shoe” and will not count towards scoring.
2. Pitched shoes: After all shoes for the inning have been pitched, they are either considered to be “live shoes” or “dead shoes” and may then be scored accordingly.
3. Live Shoe: Refers to any shoe that has been pitched in compliance with the rules of the game and that comes to rest within the pit area.
4. Dead Shoe: Another term for a foul shoe that was delivered in non-compliance with one of the rules of the game. This term may also refer to a ringer that has been “cancelled” by an opponent’s ringer.
5. Shoe out of Count: A shoe that hits outside of box or hits the boards of the box.

Scoring
1. Teams shall call their own points
2. Tournament officials shall serve as the final word should any disputes arise

Points
1. Ringers: A ringer is a live shoe that comes to rest while encircling the stake. A straightedge touching either the points or any part of the heel calks of the shoe must clear (not touch) the stake in order to be declared a ringer. A ringer has a value of three (3) points.
2. Points: A live shoe that is not a ringer, but comes to rest a horseshoe length or closer to the stake, has a value of one (1) point. This includes a “leaner”.
3. Cancellation Scoring: In cancellation scoring, the ringers of one contestant cancel the ringers of the opponent. Cancelled ringers are also referred to as “dead” ringers. Note: only one contestant can score in each inning.
4. Ringer Point Values: The ringer(s) of one contestant cancel the ringer(s) of the opponent. Any cancelled ringer scores zero (0) points. Any un-cancelled (live) ringer scores three (3) points.
5. Shoes In Count – A shoe at the length of a horseshoe or closer to the stake is “in count” and shall score one (1) point under the following conditions:
a. If there are two (2) cancelled (dead) ringers and no live ringer, the closest shoe to the stake, which is in count, shall score one (1) point.
b. If there are no ringers, the closest shoe in count shall score one (1) point. If the other shoe of the same contestant is the second closest shoe in count, it shall also score one (1) point.
c. If there is one un-cancelled (live) ringer and if the other shoe, of the scoring contestant, is the closest incount shoe to the stake, it shall score one (1) point (a total of four (4) points).

*** Any situation that occurs that is not covered in the Rules of Play will be left to the discretion of the Tournament Official.